Problems with a Legal Contract

A contract is an agreement between people or legal entities, such as a business or an organization, in which one party agrees to perform a service or provide goods in exchange for money or other goods or services. A person, company, or other legal entity who signs a contract is often called a “party” to the contract.

If your contract is with a general contractor who is making repairs to your home or property, you may want to also read our page about Working with Contractors.

WHAT ARE MY RIGHTS?

A contract is formed when there is an agreement after an offer has been made by one party and accepted by another party.

For a contract to be binding, something of value must be exchanged (or promised to be exchanged), such as cash, goods, or services. This is called “consideration.” A binding, legally enforceable contract can be written or verbal. However, certain types of agreements must be in writing to be binding, such as contracts related to the sale of real estate or contracts that cannot be carried out within a one-year time period.

Usually, once a contract is signed, or an agreement reached, it is binding on all parties to the agreement.

A cooling-off period is a set time frame (usually three days) during which at least one of the parties has the right to reconsider their decision and withdraw from the agreement with little or no penalty. However, there is NO automatic right to cancel the contract once it has been accepted. You should never assume that the contract has a cooling-off period.

For example, Florida has no automatic cool-off period when you sign the paperwork to purchase a new car.

Contract disputes usually occur when a party breaches the contract, which means they do not do what they have promised to do in the contract. Types of contract breaches include:

If a contract or agreement has been breached, one or both parties may sue the other side for damages and/or have the terms of the contract legally enforced. Ideally, disputes can be resolved before a lawsuit is filed.

Contracts are only valid when they include an accepted offer with some form of payment (called “consideration”) for the products or services received. Disputes may include, but are not limited to:

Contract disputes are typically resolved by either equitable or legal remedies. With equitable remedies, the parties take action to correct the dispute. Legal remedies are usually in the form of money awarded to the party(ies) who suffered a loss.

WHAT DO I NEED TO DO?

If you are not satisfied with how your contract is being performed, contact the other party to determine if that party intends to perform as promised under the contract. This gives the them notice that you are not satisfied with their performance, and it also gives them the chance to correct that performance. If the other party still does not perform as promised under the contract, then you may seek legal action to enforce the contract.

To enforce a written contract, you usually are required by law to file the lawsuit within five years of the date the written contract was breached, or within four years if it is a verbal contract. If you do not sue before the deadline, you cannot sue a later point in time.

When you file a lawsuit, it’s called filing a “complaint.” You must provide background facts about the agreement or contract, a description about how it was breached, and the damages that you are requesting from the court (losses you wish to be reimbursed for). File your complaint and your contract together with the court.

WHAT TO CONSIDER BEFORE TAKING ACTION.

Keep a written record of all contract negotiations throughout the negotiation process. It is recommended that you work with a contract attorney throughout this process or have the contract reviewed by an attorney before you sign it.

Be clear about the terms and conditions of the contract to prevent future disagreements.

Never sign anything that you are not able to read and understand. Consider having a lawyer review it with you.

Always keep copies of anything you sign. Do not leave a business without copies of documents you have signed.

Gather copies of everything you have signed.

Determine whether mediation (negotiation) or arbitration is required by your contract. Arbitration is when an arbitrator or a judge hears the evidence and make a final decision. These are options for settling contract problems that do NOT involve filing a lawsuit with the court.

Read the documents to determine your rights.

Find out if you are eligible for free legal assistance.

Give Us A Call

Was this information useful?

Please tell us why this information wasn't useful.


Thank you for your feedback! 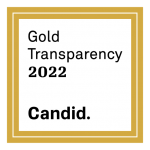